How To Merge Several PDF Files Into One 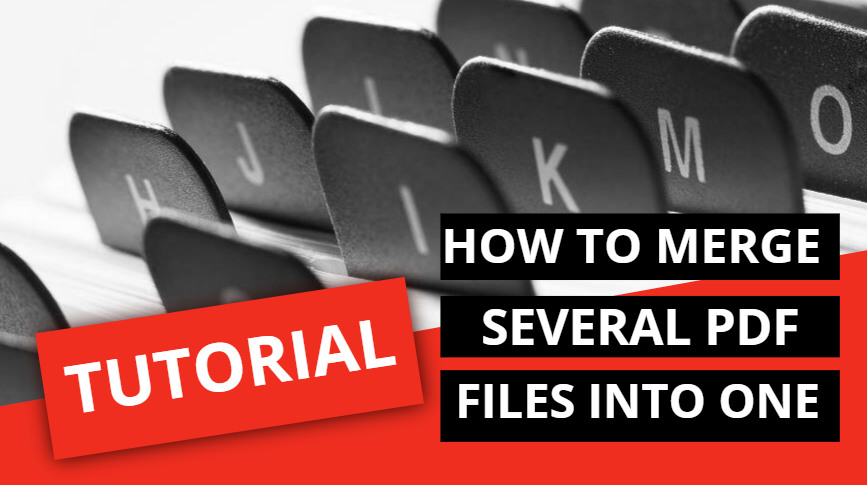 Rather than sending multiple PDF documents for various tasks one after another, you can easily send all these at once. In fact, using the merge PDF tool you can merge several PDF files into one and send all of them together to save time. That's because combining files makes emails much easier to send and receive as you only need one attachment and not a lot of them. Moreover, the procedure is actually relatively easy if you know the exact method.

Merge Your Documents Into A Single PDF

The situations where you need to merge multiple PDF files into a single document can be many. Maybe you need to combine numerous reports to send these to a colleague. Or you might have to send merge invoices and want to have these bundled together. Or you might have to print various web pages to PDF files and need to combine all these together. No matter the reason, having a good PDF merging tool can simplify everything.

In this guide, we'll mention various ways that you can apply to merge several PDF files into one. We'll also tell you some of the best tools you can use on almost all operating systems, including Windows, Mac, Linux, iOS, and Android. Let's get the info.

How To Merge Several PDF Files Into One?

The best solution for anyone looking for ways to merge several PDF files into one is to use an online tool. While different online tools are available in the market, the "Merge PDF" is the best. It lets you merge PDF files without having to install any additional software. Here's how you can use this software to merge various PDFs:

Once you are done, let's say your final PDF has a weight of more than 5 MB (for example). In that case, you can compress the PDF to reduce the size of the file without losing any part of its content. Also, you can convert your PDF to Word in case you need to work on any changes related to the text on the document.

What Do You Need To Know About Merge Several PDF Files Into One?

As you already know how to merge several PDF files into one, it's time for you to understand some of the things that you need to keep in mind while carrying out this specific action. Following are a few things you need to take into consideration:

Take A Look Here: How To Save One Page Of A PDF

Which Programs Allow You To Merge Several PDF Files Into One?

Merge Several PDF Files Into One From The PC

While you can always use an online tool with any computer operating system (such as Windows, Mac, or Linux), you might not want to give your metadata to a website you know nothing about (although "Merge PDF" is an exception). Don't worry, there are other solutions as well. We'll talk about these ones one by one.

If you want to merge PDF files from a PC with Windows (10 and prior versions of Windows), you should understand that you've got a lot of alternatives to carry out this action. In fact, Windows has many installable solutions that you can find in Google Play Store to help you join various PDF files together.

Unlike Windows, Mac operating systems have high-powered and native PDF tools. It includes the best and most handy Preview application, with an option to merge multiple PDF files into one document. In addition, new Mac versions (beginning with Catalina) have an app called Finder. It allows you to create or merge PDF files from a menu in its Gallery view.

Linux users can use various free, open-source, command-line, and GUI applications to merge several PDF files. However, merging files from the command line is vital to system administrators, especially to the individuals who work on a server with no GUI app. These popular tools include Ghostscript, PDFtk, pdfunite, and Convert ImageMagick Tool. However, PDFtk is the best one in the business.

Merge Several PDF Files Into One From The Smartphone Or Tablet

Although you've many web browser apps to merge PDF files into one for free online, having different alternatives on your mobile devices (for Android and iOS) is very important.

Even though the Android operating system doesn't have an option to combine several PDF files into one, various apps in the Google Play Store have the function of merging files into a single document. You can use paid apps, such as the popular Adobe Acrobat Reader, or free alternatives. However, using the paid ones is always better.

The procedure of merging PDF files into one from an iPad or iPhone (iOS) might appears a bit complex at first because it's different from the steps of other operating systems. However, the procedure isn't actually that difficult. You only need to download and install an app for merging PDF files from the App Store.

Read More: How To Split PDF Into Images